Paul Curran, Secretary of Carlow Historical and Archaeological Society (CHAS) and a long-serving member of the Emergency Services in Carlow will deliver a presentation on the history of the Garda Siochana in County Carlow over the last one hundred years on the 21st  September 2022 at 8pm in the Seven Oaks Hotel, Carlow. This will be within a week of 100-year anniversary in County Carlow, 28th  September 1922. Having gathered up numerous pieces of research by Journalists, existing and former Garda Siochana members, local historians but equally important, the descendants and other family members of original Garda members, the presentation will include many well-remembered personalities over the years.

This talk is also available online on Zoom and can be accessed here.

The 9th February 1922 is the date the Garda Civic Guards/Garda Siochana was formed at a special meeting held in the Gresham hotel, Dublin. General Michael Collins organised the meeting. Michael Staines was selected to be the first Commissioner. Within a few months, 15th May 1922, a mutiny would occur in Kildare between the Rank and File of the Garda made up of 96% former IRA members and the recently promoted 4% of former RIC members. This Mutiny almost brought the newly established policing force to a violent end through conflict when the newly formed Irish Army arrived but thankfully there was no loss of life as the Army withdrew. The consequence though was for Staines to tender his resignation. Eoin O ‘Duffy would take over as Commissioner in September 1922. This was the same month a force of 25 recruits, 4 Sgts and an Inspector would take up posts as the Garda Siochana in County Carlow. 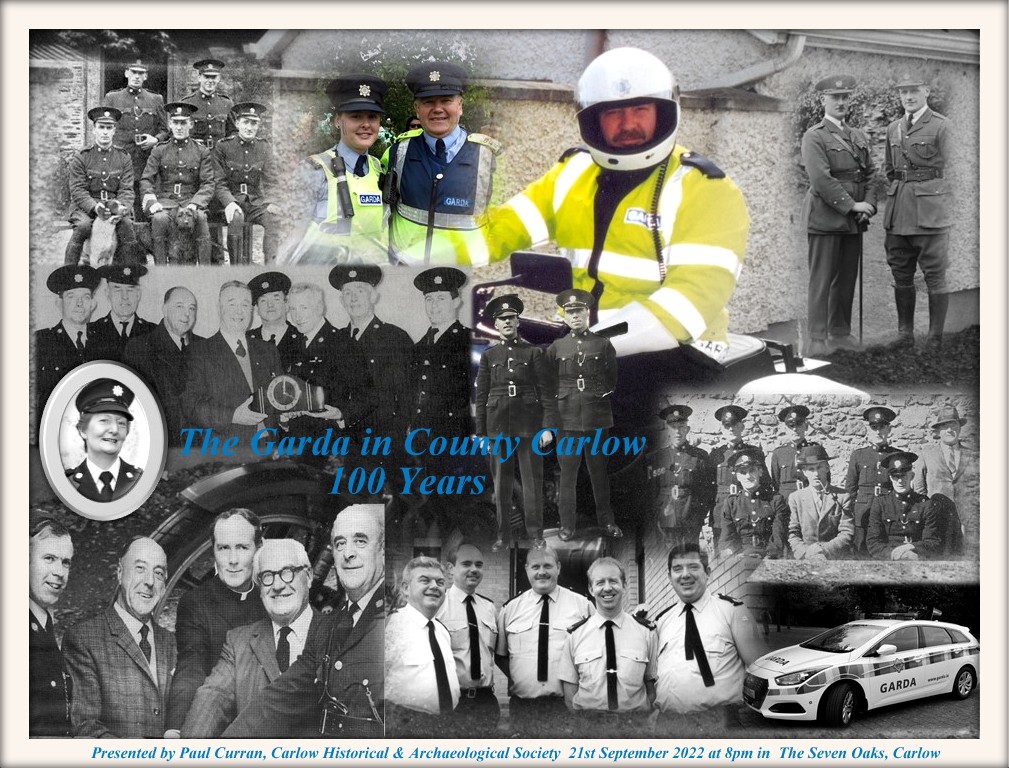