Cruchán na Reilige (Knockaunarelic) or ‘the Cruchán’ is a burial ground located in the townland of Pollerton Little to the northeast of Carlow Town. One of the earliest written references to the site is found in the Ordnance Survey Letters of County Carlow (1839) however, the earliest headstone dates to the 18th century. There is also a possibility that the site has much earlier – possibly medieval – origins. It was enclosed in the late 19th century by the Board of Guardians however, its original extent covered a much larger area. Once an important cemetery serving Carlow Town and environs, the site was closed in the mid-20th century by the Local Authority under changes in the sanitation laws, like many small rural burial grounds. In subsequent years, the site became overgrown despite its prominence in local folklore. 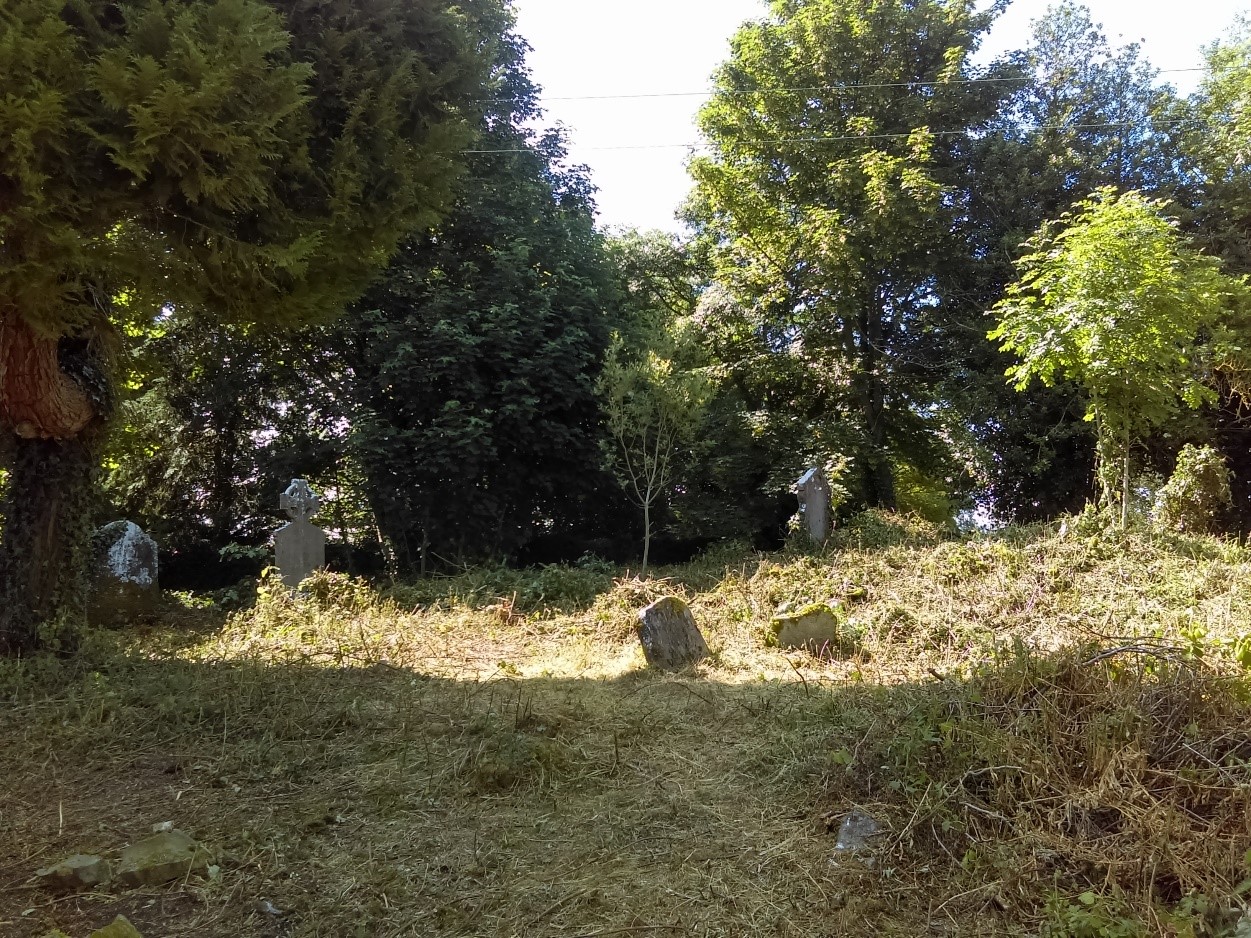 In 2018, funding was secured from the Creative Ireland Programme through Carlow County Council and Carlow Historical and Archaeological Society to make the site more accessible and to survey and record the headstones and those memorialised there. Several features of archaeological and historical interest were identified in the course of the works.

An important element of the intangible cultural heritage of this burial ground is the wealth of folklore and oral tradition associated with it as well as the wider Pollerton environs. This once rural and agricultural landscape is gradually being enveloped by urban expansion and development with a resultant loss of landscape setting, placenames and localised traditions associated with many sites. Included in the local folklore are accounts of friars, the Knights Hospitallers, medieval battles, the Penal Laws, memories of burial practices and customs in the early 20th century and fireballs amongst many other harbingers of death.

This presentation will include an introduction to the archaeology and history of Pollerton Little and its environs before focusing on the history associated with ‘the Cruchán’ or Knockaunarelic Burial Ground, including some of the results of the 2018 survey. Local customs and traditions around death and burial practices and beliefs in the supernatural will also be presented.

Bio:
Dr. Séamus Ó Murchú is a native of Pollerton Little, Carlow and Committee Member of the Carlow Historical and Archaeological Society. He completed a PhD in University College Dublin (2016) entitled The Blackstairs Mountains, South East Ireland; Investigating the Archaeological Potential of an Understudied Upland Landscape. His research interests include upland landscapes, the post-medieval period, agriculture and folklore.

You can listen and view Dr Ó Murchú’s talk at the following links: Audio   Video