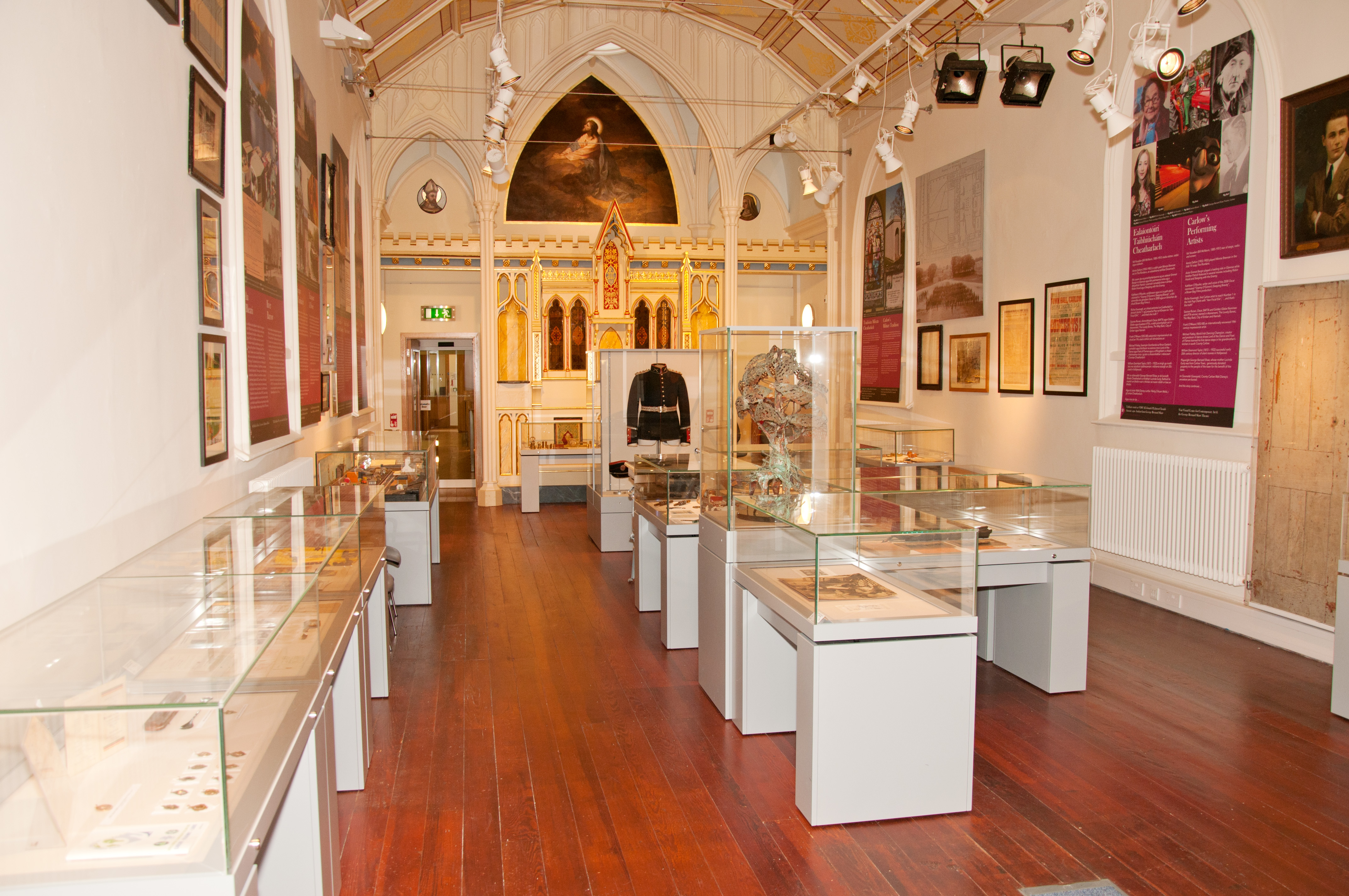 The society played a pivotal role in the establishment of the Carlow County Museum which was officially opened in April 2012. 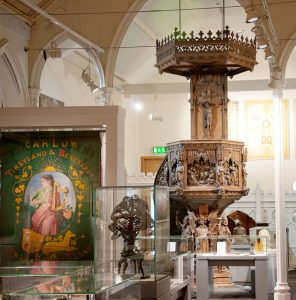 The need to have a local museum was articulated in an article in only the second issue of Carloviana in 1948, and was constantly debated within the society during those early years. Towards the end of the 1960’s a small group of dedicated society members started to assemble a collection of historic artefacts.

On Sunday 2nd December 1973 the new museum was opened at its premises in College Street. Opening at weekends it was staffed on a voluntary basis by society members. In the late 1970’s the society obtained a lease from Carlow Town Council of the Concert Room of the Town Hall in Haymarket. The move from College Street took place in November 1979 and the Concert Room was to be the home of the museum for the next twenty years. 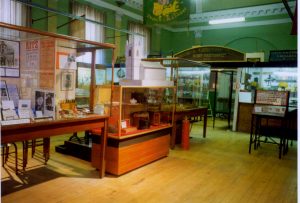 When the lease on the Concert Room expired in the late 1990s the next stage of the museum development was agreed under which the artefacts collected by the society , which by then numbered some two thousand, were transferred to the custody of the Town Council who in turn undertook to provide a permanent base for the museum.

This was achieved and the new Carlow County Museum opened in April 2012 in the former Presentation Convent in College Street.

Speaking at the official opening, the president of the society said “ We have realised in this marvellous facility the ambitions of the founder members of our society, and if any museum deserves the description of a community museum this is it. The collection came from the community through the efforts and energies of our society members , and the local authorities accommodated our ambitions through the provision of this  beautiful and historic setting”

The contribution of our members is commemorated in a series of plaques on display in the museum.

The society has an ongoing involvement in the museum through its representation on the Board of Management. We also encourage our members and others to donate suitable artefacts to the museum and we fund the purchase of artefacts where appropriate. 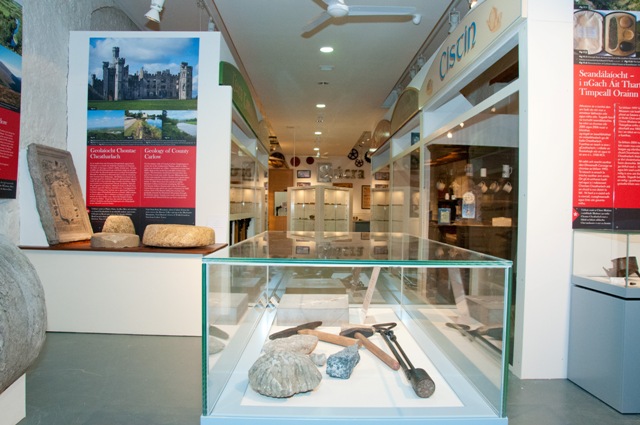