Talk on Returning Veterans at the end of World War I 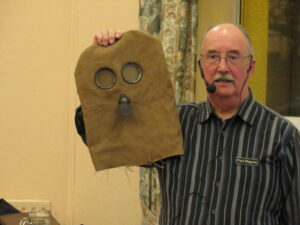 Many commemorations of the Great War were conducted in 2018 as it marks the 100th anniversary of the armistice, the end of World War I. There are many stories to be remembered and told of the battles, the politics and the people.

Carlow Historical & Archaeological Society commemorated this anniversary with a lecture presented by Paul Maguire from the Carlow Military Museum who spoke specifically about the returning veterans from WWI. Thousands of veterans returned and Paul  discussed their relationship with the new State but also how many were in need of psychological and surgical support.

‘Returning Veterans at the end of World War I’ was presented by Paul Maguire and took  place in Leighlinbridge Parish Centre on Wednesday 21st November at 8pm.